The work of Lance Carter should also be pointed out. Through the first four qualifying sessions, Carter has qualified in two of them, with 71,000 being the bigger of the two stacks. He will bring that stack into play Tuesday, but in addition, he has already won $750, as well as a $450 satellite seat. Today is the final day of qualifying, so don't miss your chance and come out to The Bicycle Casino! 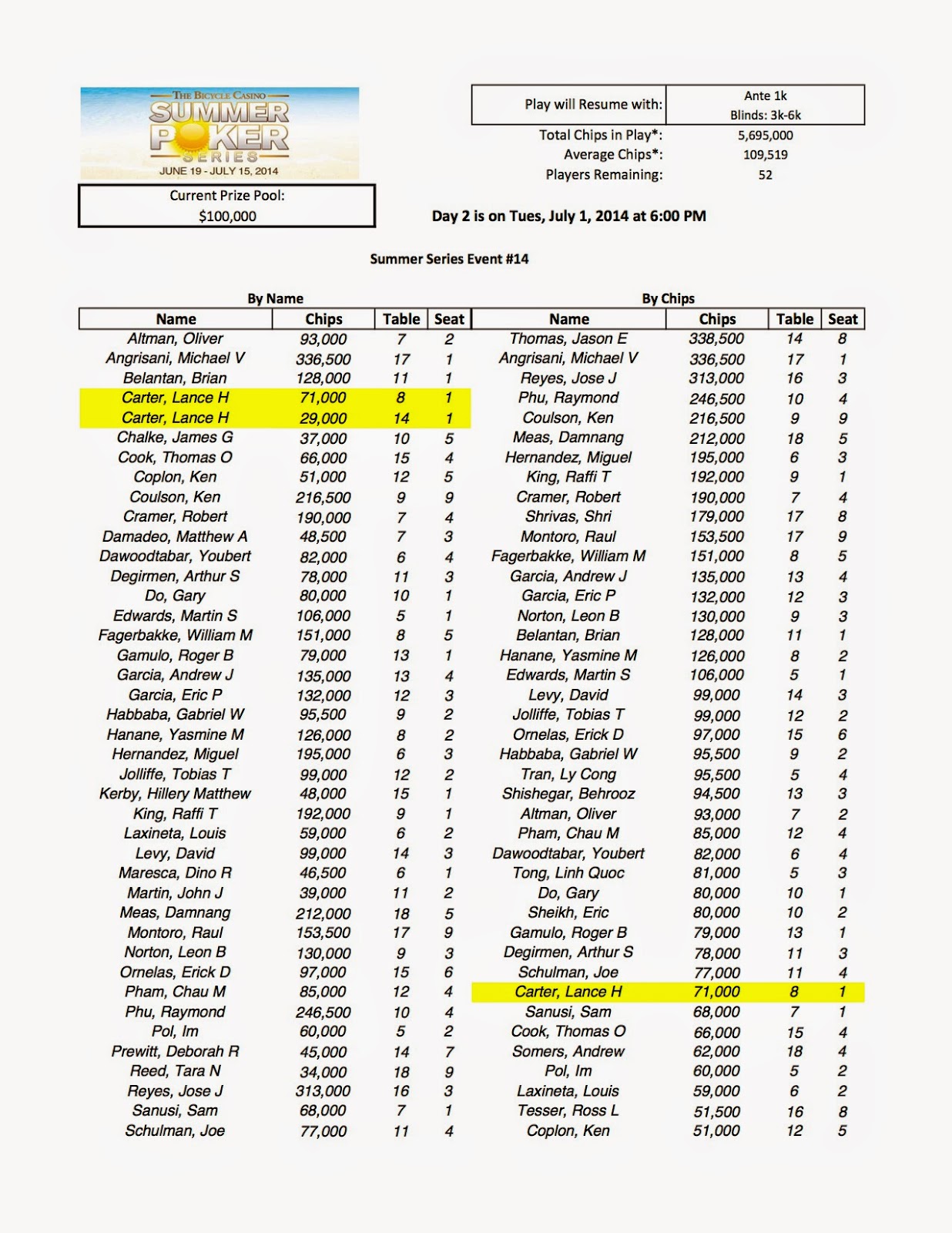