Play has ended a level early tonight as we have reached our final 16 players. Leading the way is Tyler Kenney, who bagged up 2.955 million, just under 150 big blinds. Jeremy Kottler, who finished 4th at the Borgata Poker Open Main Event last September, is in second place with 2.57 million. Taylor McFarland is the only other player with over 100 big blinds.

There are two huge stories to keep our eyes on tomorrow. The first is Andy Frankenberger. The two-time bracelet winner is also a former WPT champion, and it's not just any WPT he won. In 2010, Frankenberger took down this very tournament for a first place prize of $750,000. If Frankenberger was able to come out on top again, he would be the first player to ever win the same WPT Event twice. He will bring back 1.321 million chips, due in large part to a huge hand just before the end of the night, when Frankeberger's five bet shove got Huy Lam to fold Pocket Queens face up.

And then, there's Keven Stammen. The last time we saw Stammen at a WPT Tournament, he was hoisting the trophy after winning the WPT World Championship in May. It just so happens that tournament was also the LAST major WPT tournament. That's right, Stammen has the chance to become the second person in WPT history to effectively win two WPT Titles in a row. Marvin Rettenmaier accomplished that feat in 2012, winning the WPT Championship to end one season, and then taking down WPT Cyprus to open the following season. Stammen has a stack of 567,000, a stack that saw a huge boom when he knocked out David Chiu with 30 minutes left in the night.

These 16 players will be coming back tomorrow at 1 PM to play down to the final six. Those players will move on to Friday for the televised final table, where the next Legend of Poker champion will be decided. Be sure to come back here tomorrow for updates all day, and join us on the journey to find the final six! 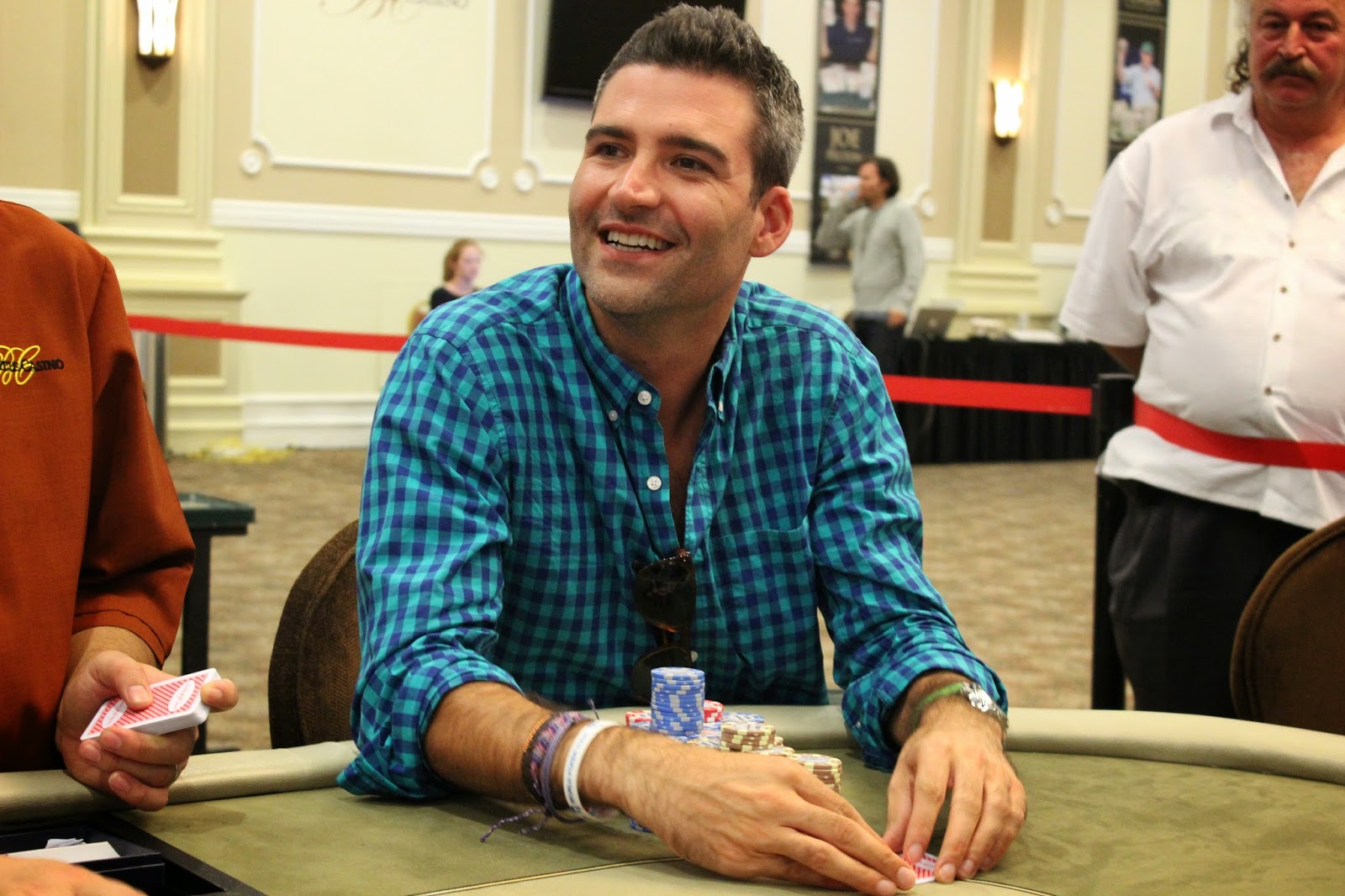 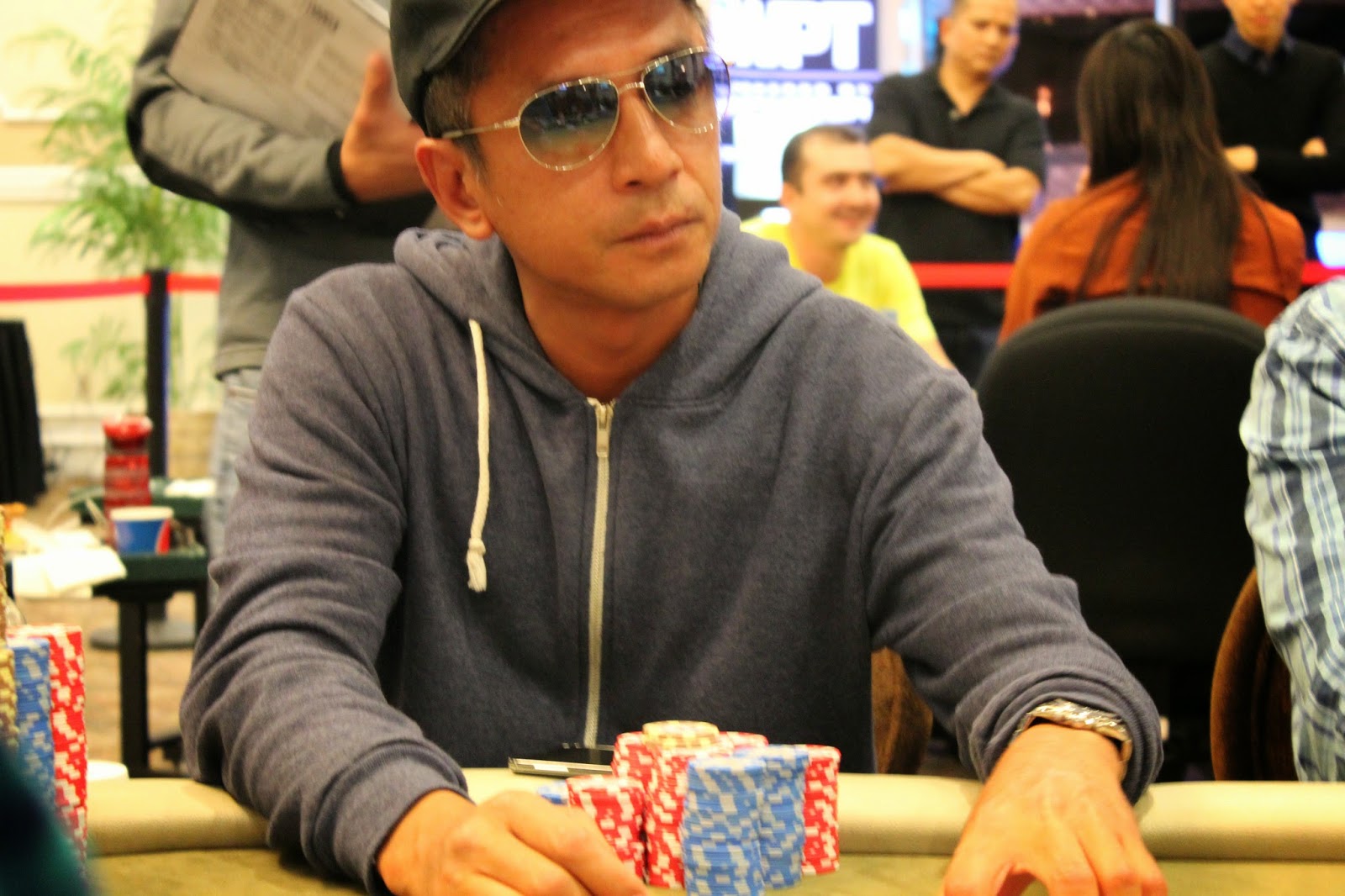 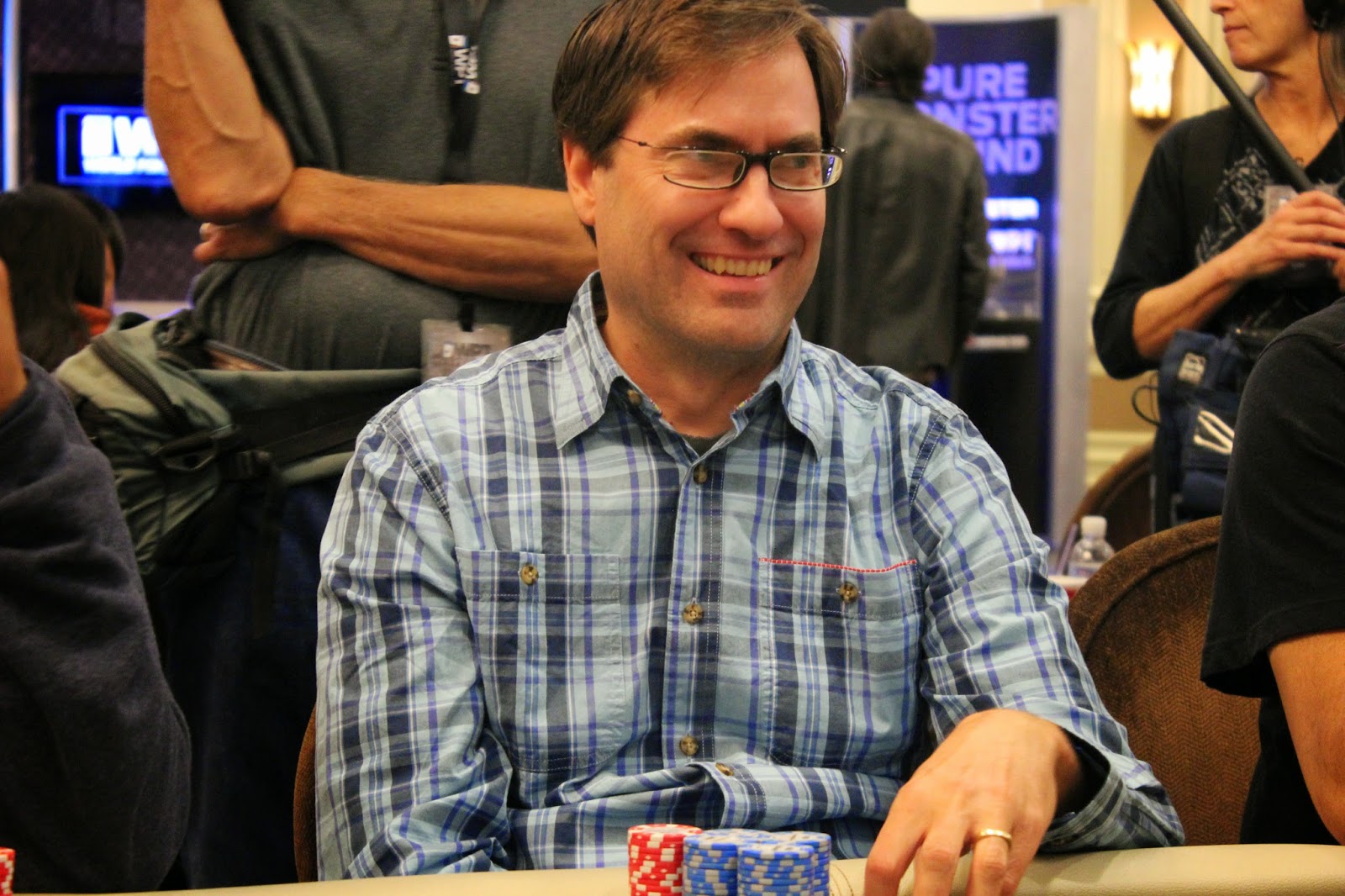 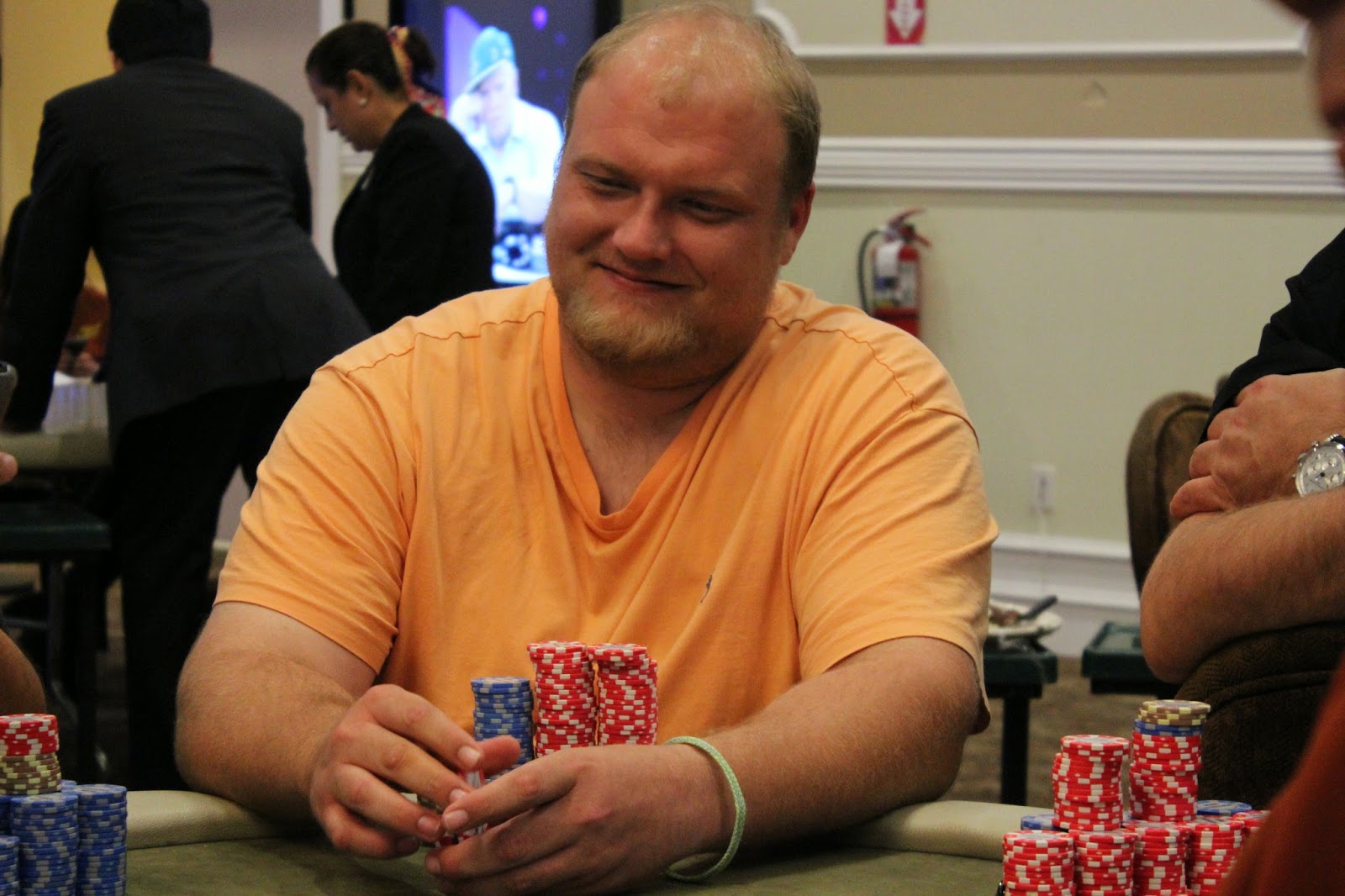 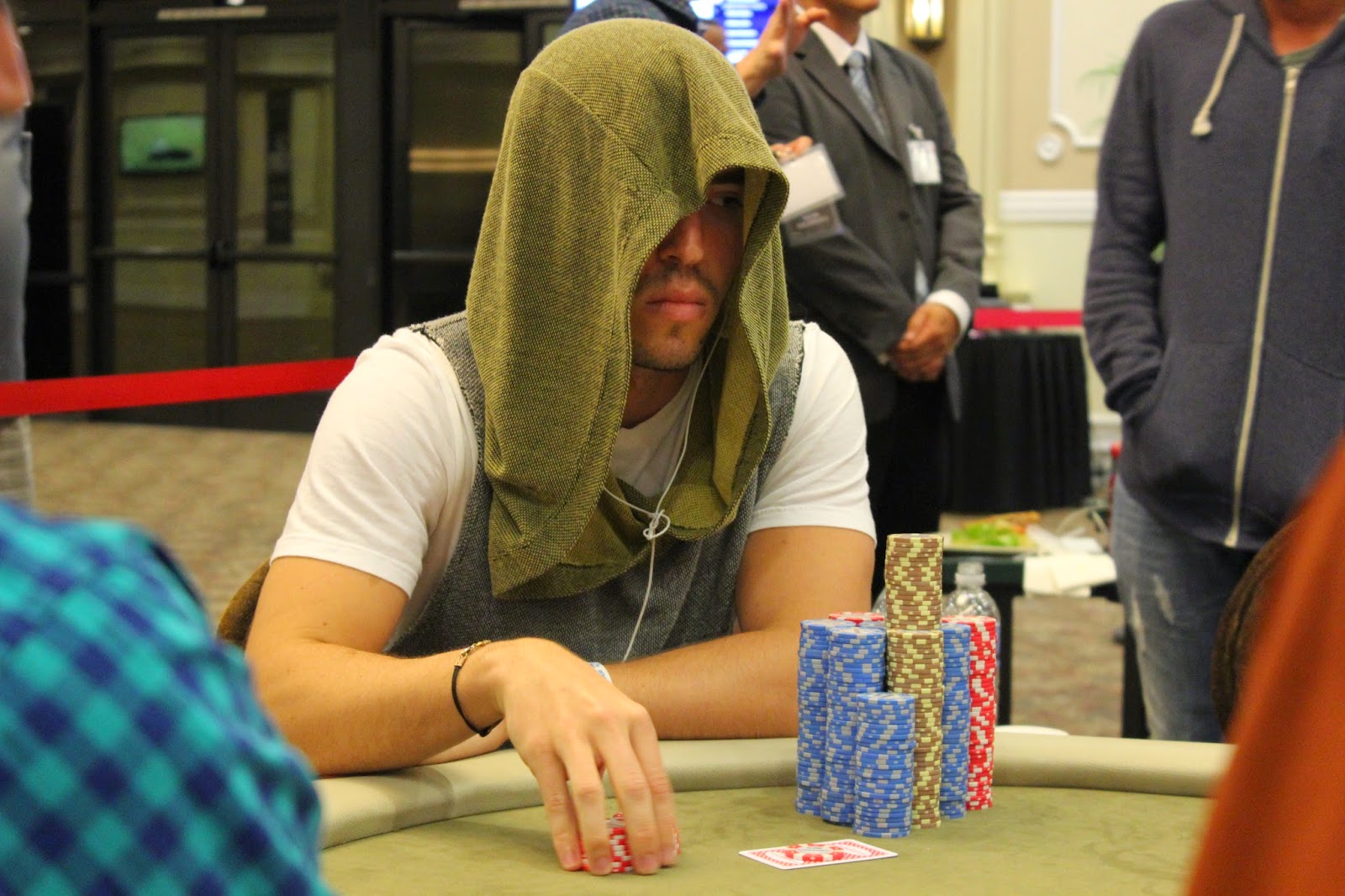 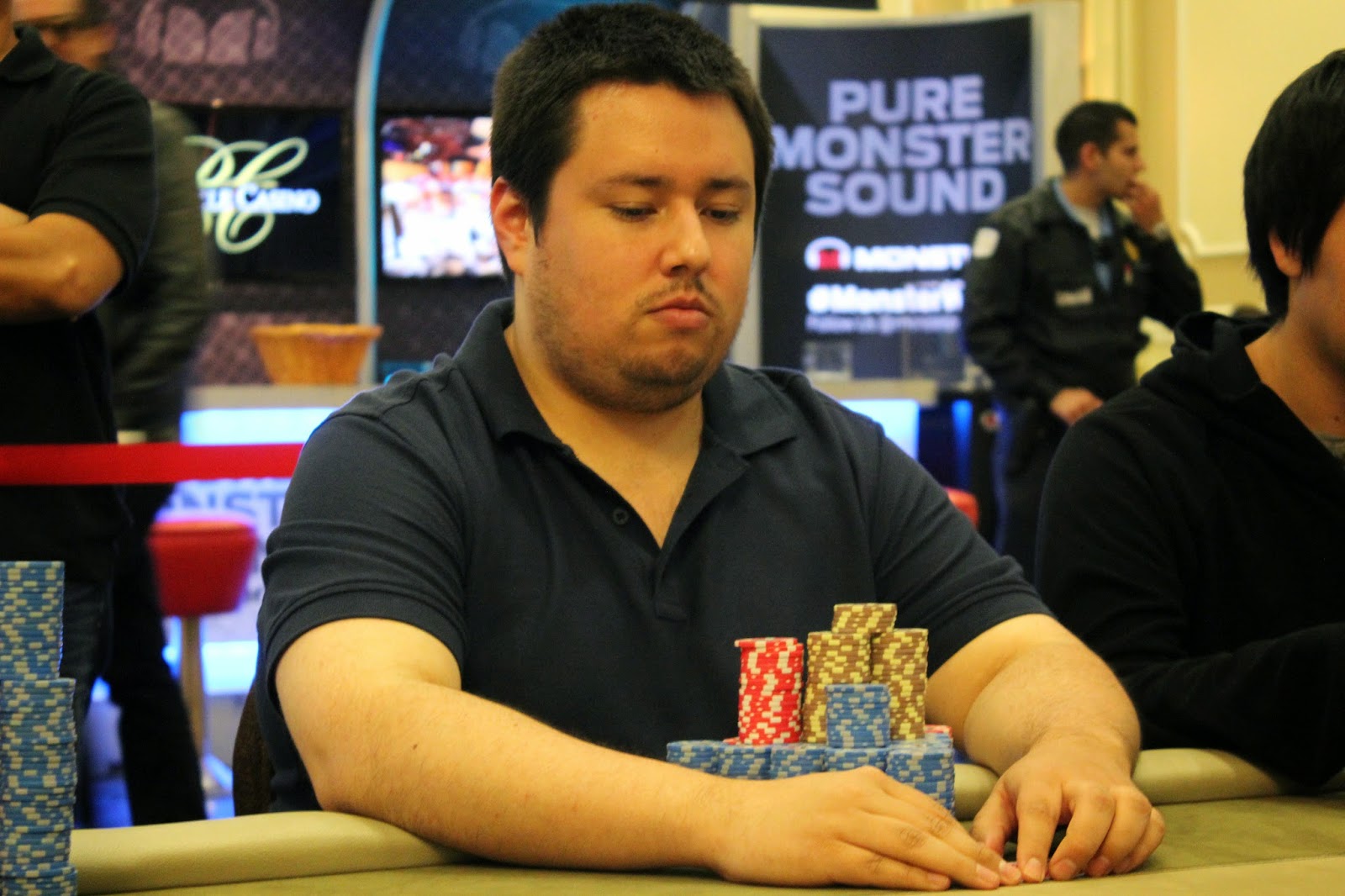 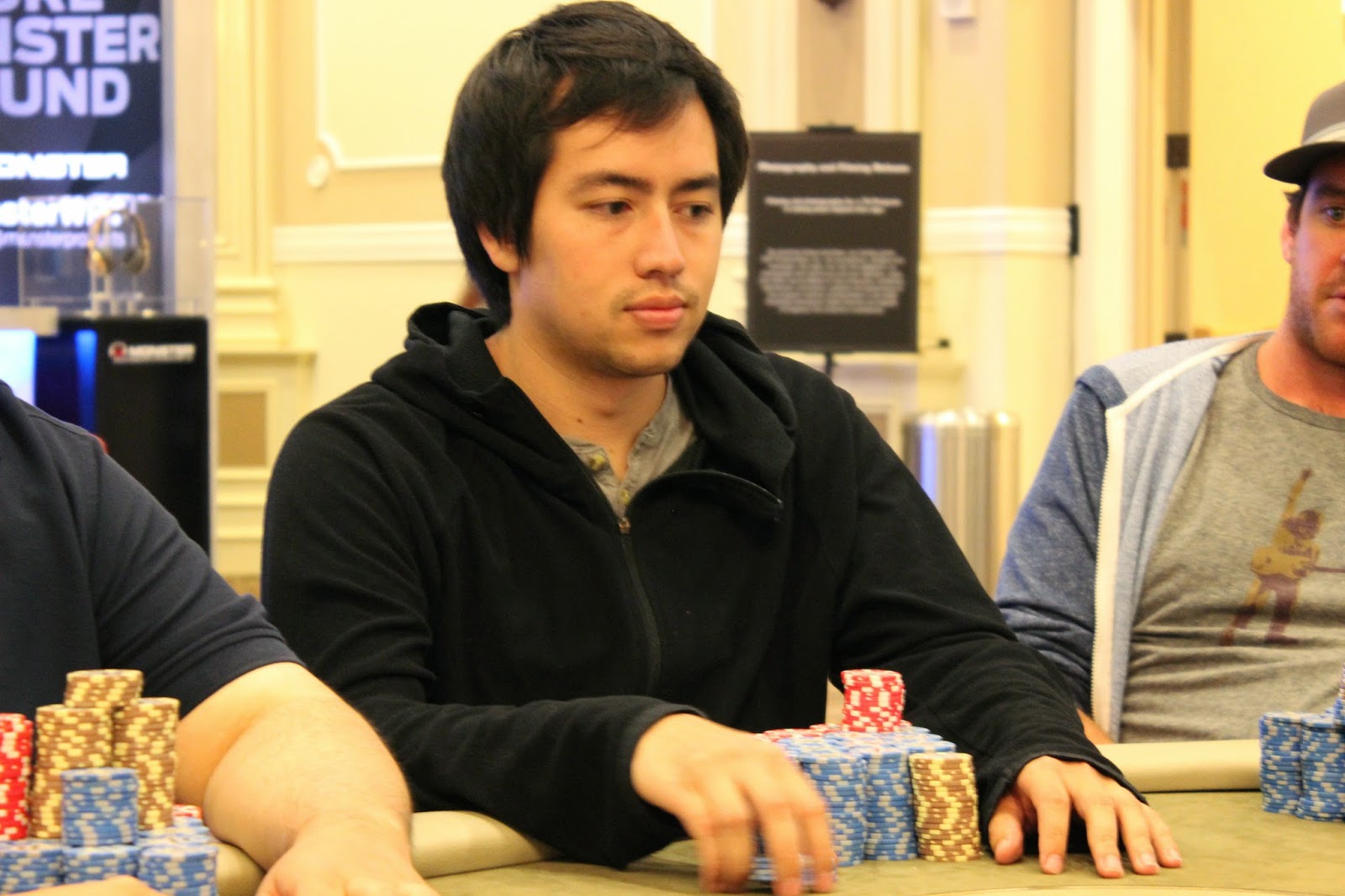 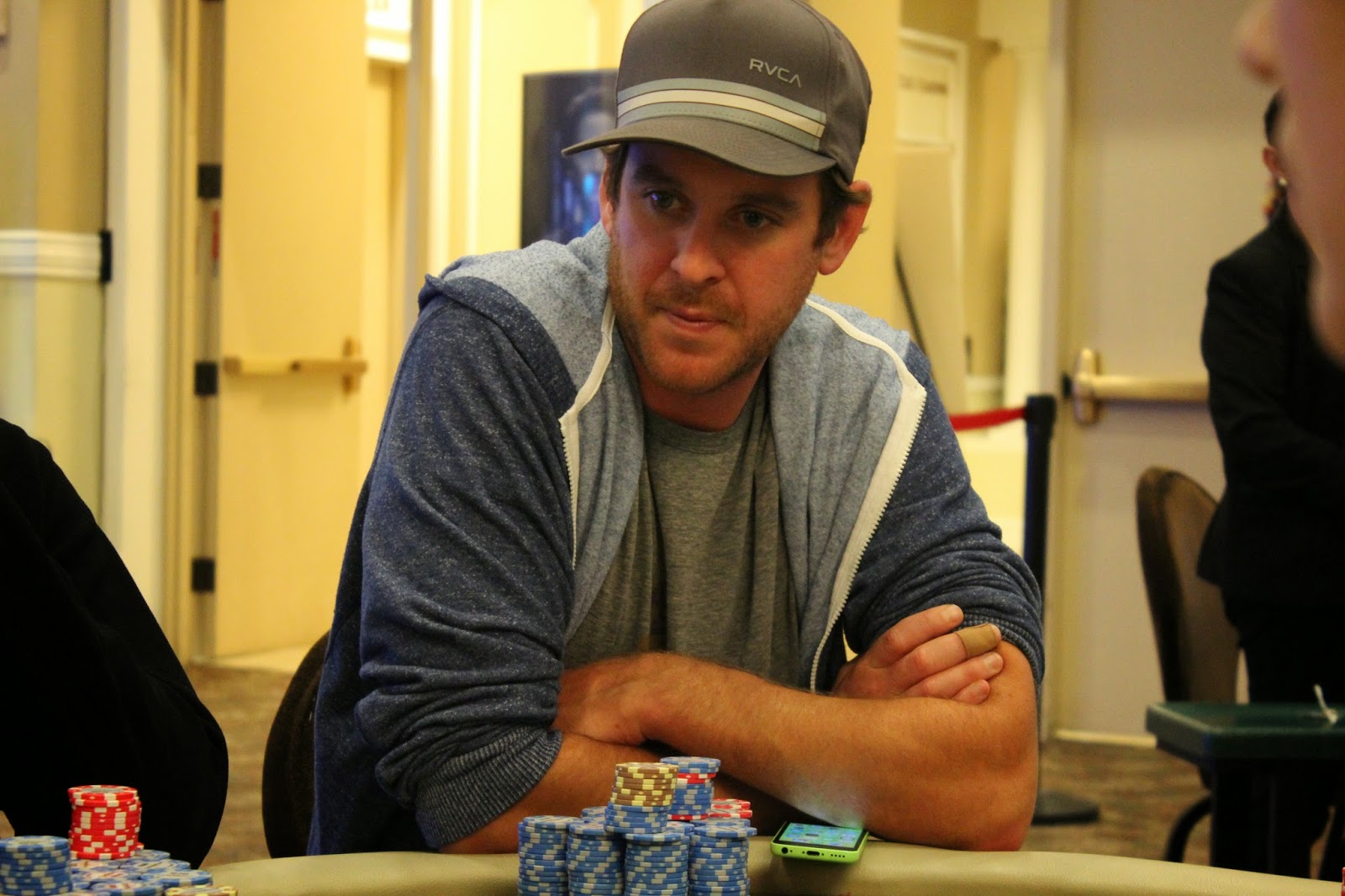 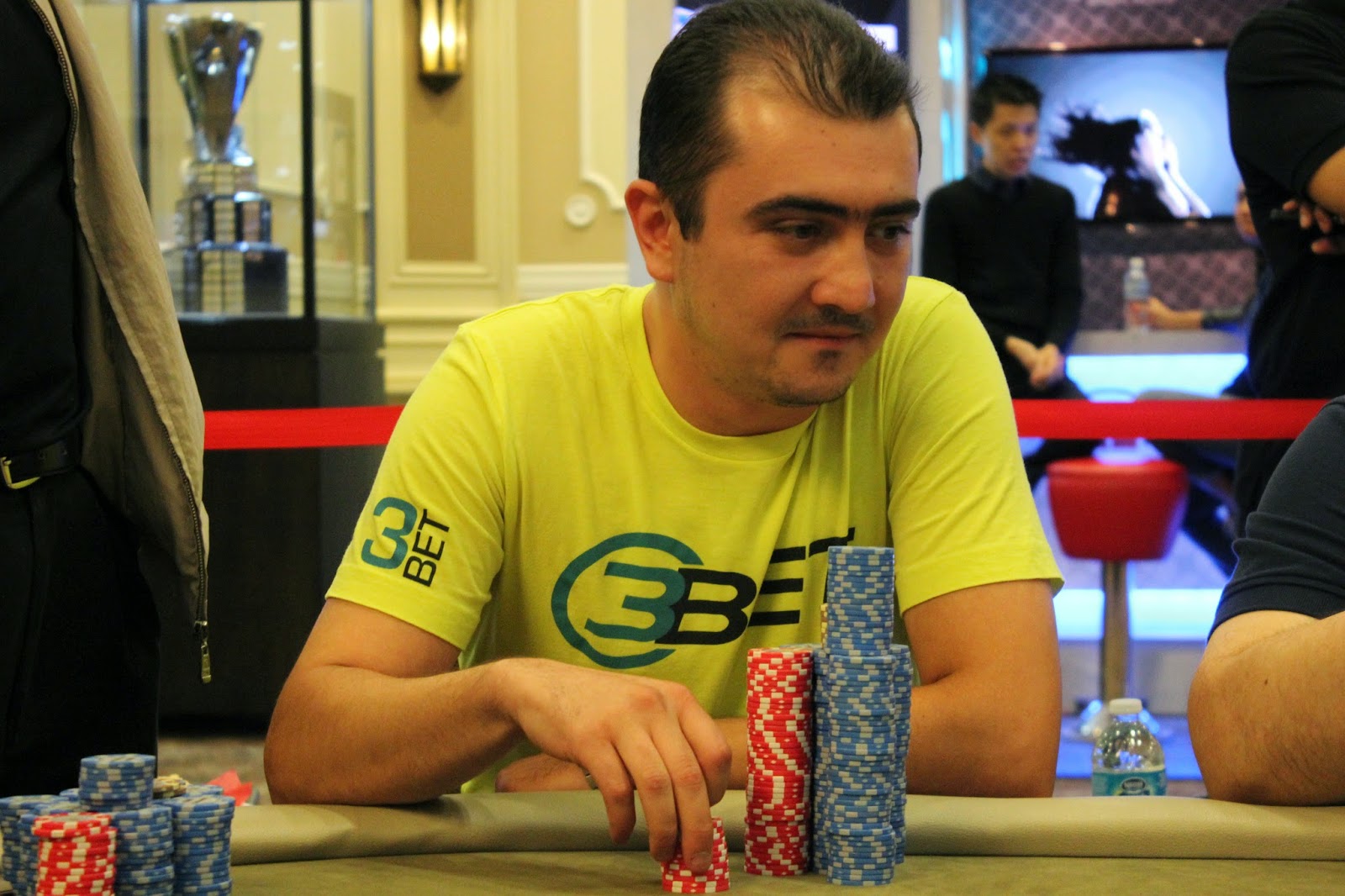 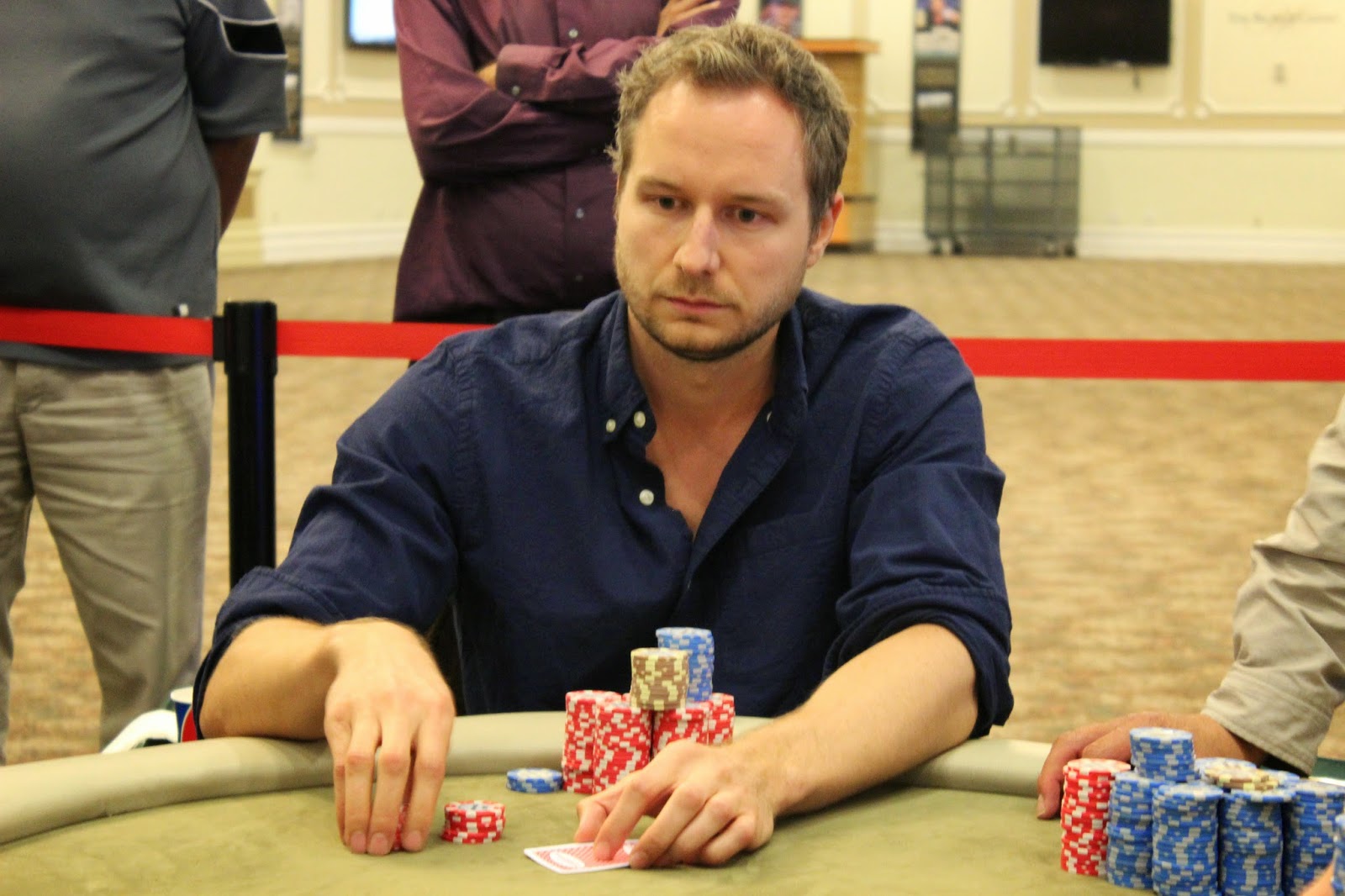 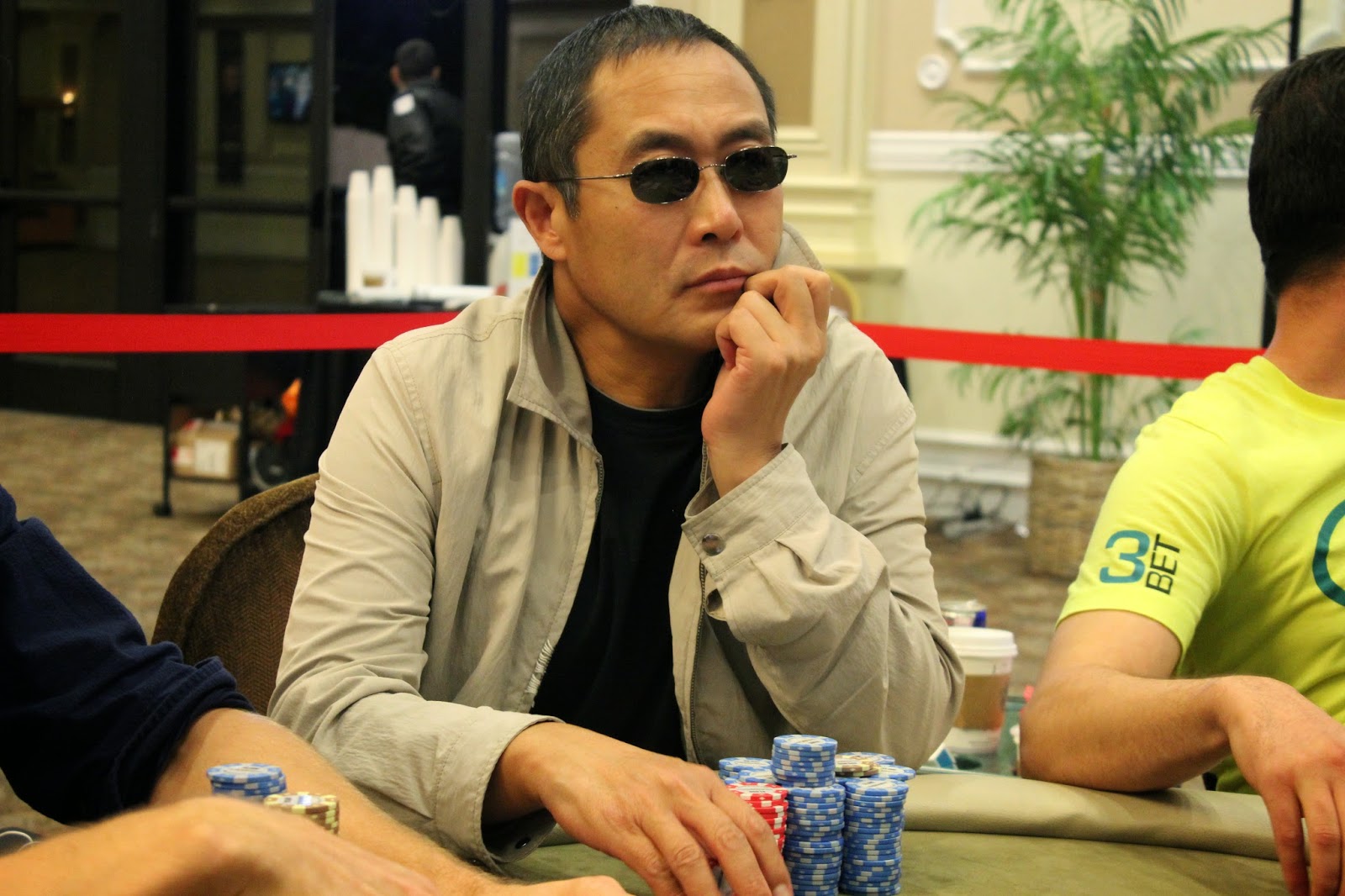 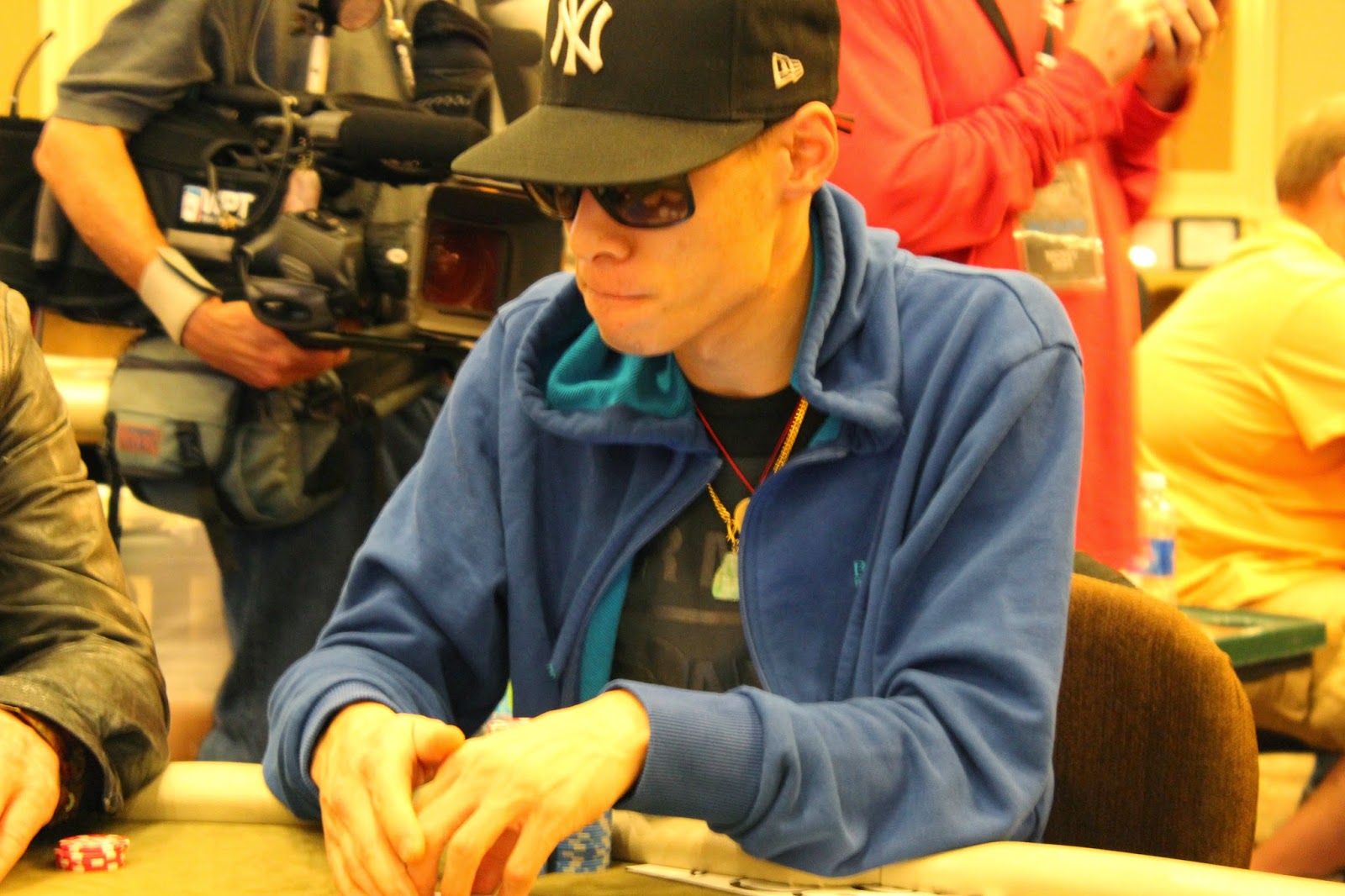 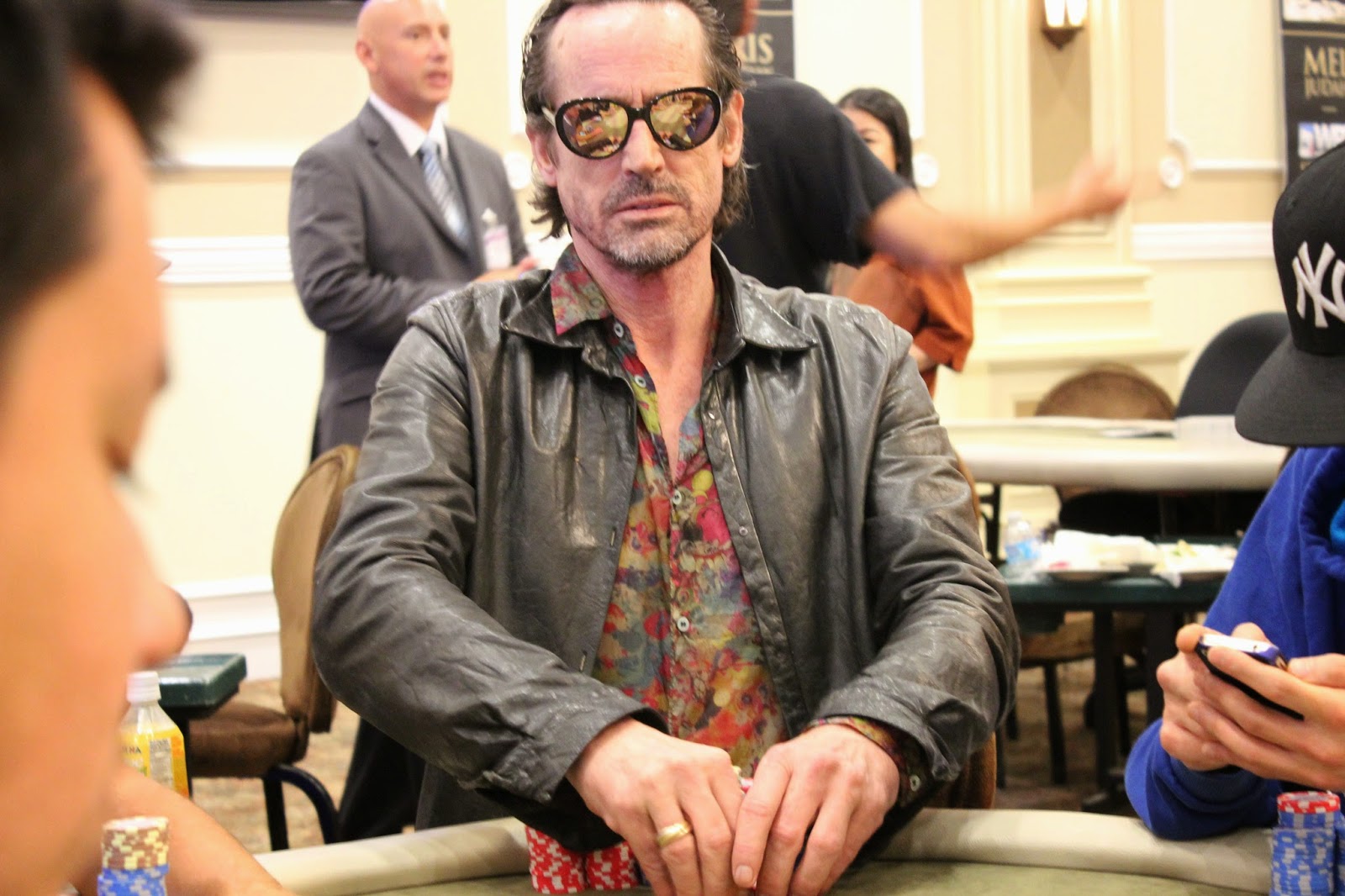 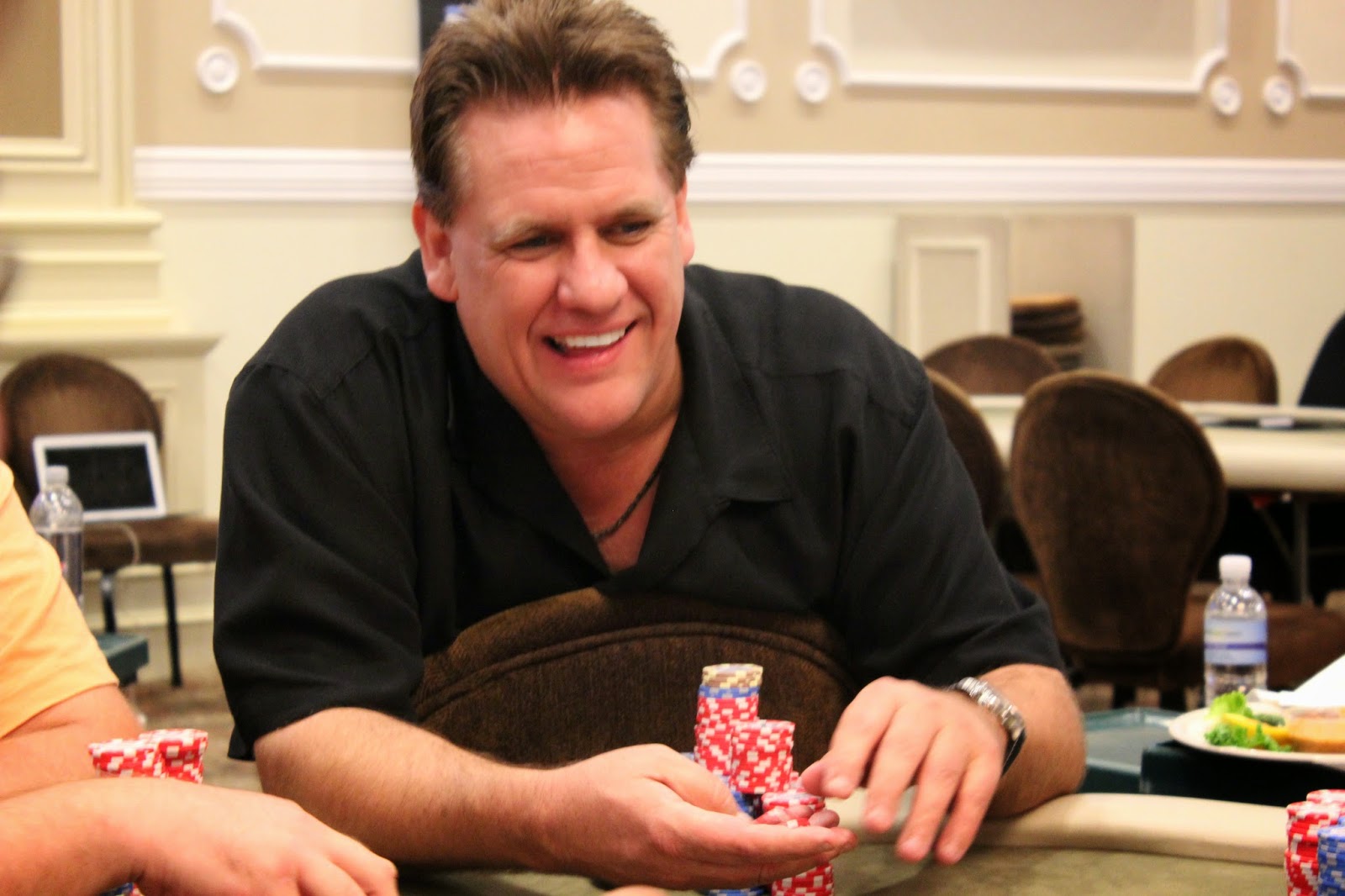 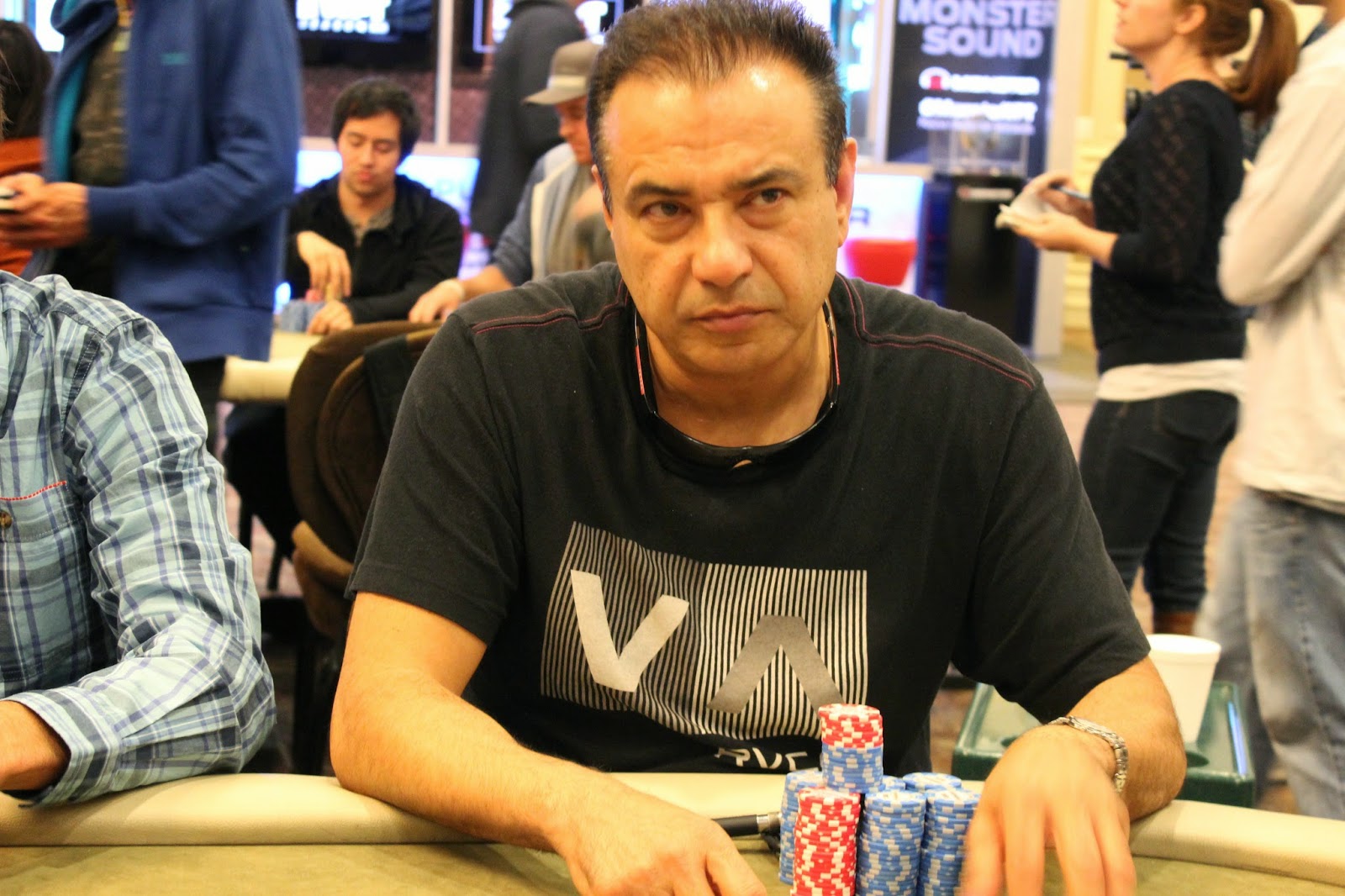 A Few Updated Counts As We Near The Final 18

The clock shows 19 players left, meaning we are only one elimination away from the final two tables here at the WPT Legends of Poker, and there is still a strong chance the WPT title stays on Los Angeles soil.  Gene O'Leary took a hit when his Ace-Queen fell to the pocket Queens of Dylan Wilkerson in a blind vs blind situation, but he's still got over half a million chips to work with.

Los Angeles based pro Massoud Eskandari is sitting on 980,000, and is easily one of the hottest players remaining in the field.  Richard Munro was one of the chip leaders for a while, but his stack has slowly dwindled down to 400,000. And lastly, we still have two remaining Day 2 entrants, as Keven Stammen has 500,000, and Kyle Welsh with 390,000.


Check out the beauty in our event center. Who will be the next person to get their name engraved on this? #WPT pic.twitter.com/XWIiYVK5Ce
— Bicycle Casino (@BicycleCasino) August 28, 2014

Check out the continued coverage on @WPTlive and on the World Poker Tour site!

. He is up against Britke's K

flop and stays safe with the 7

on the turn. The river brings the 9

though, pairing Lam's nine to give him the pot.
Britke pounds his fist on the table in frustration, then abruptly rises, knocking his chair over. He angrily exits the tournament area.
After he is gone, the table is talking about the hand. Lam tells his tablemates he never would've called if his opponent hadn't started talking, egging him on to play the pot.
Huy Lam - 857,000 (54 bb)
Martino Bakri - Eliminated in 19th place ($14,025)
09:12 PM, 08/27/14

and Stammen checks.
"One hundred sixty-nine thousand," Chiu announces as he tosses out one chip to indicate he is all-in.
Stammen calls immediately, tabling J

for a pair of nines. Chiu is out front with Q

on the turn, giving Stammen two pair and the advantage in the hand.  The river is the A

, and she needs to improve to stay alive against Kyle Walsh's 5

in the small blind.

The board comes K

, and Walsh wins the pot with a set of fives to eliminate Holst from the tournament.

and Lam turns over J

The board runs out J

and Lam improves to trip jacks to take the pot and eliminate Sturiano on the last hand of the level.