It's A Wrap at the Bicycle Casino for this year's Big Poker Oktober & Card Player Poker Tour Main Event with closing remarks by Mo Fathipour, The Bicycle Casino's Tournament Director.

Results: (Click on each link for the complete results)

THE MAIN EVEN WINNER IS DECLARED, his name is SHAN JING! 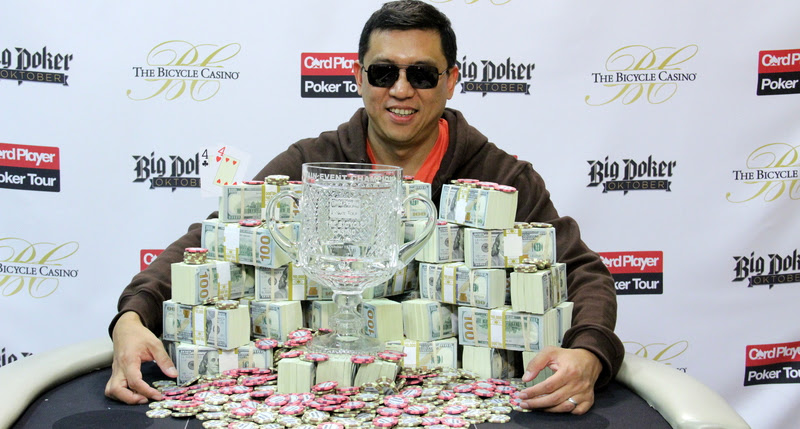 The Card Player Poker Tour Bicycle Casino main event came down to Los Angeles regular Shan “Pacman” Jing and former online multi-table tournament super star Amit Makhija. After outlasting a field of 527 players, the two made an even chop for the money and were dealt a regular hand to determine the winner of the CPPT trophy and title.

“He played very well and I tried not to play against him during the tournament,” Jing said of Makhija. “He is a very good player and I respect him a lot. Over the last few days playing with him I think he is a very, very nice guy. He played extremely well, but the most important thing is he is a gentleman. He is a classy guy, he has very good table manners and this has just been a pleasant experience to play with him.” 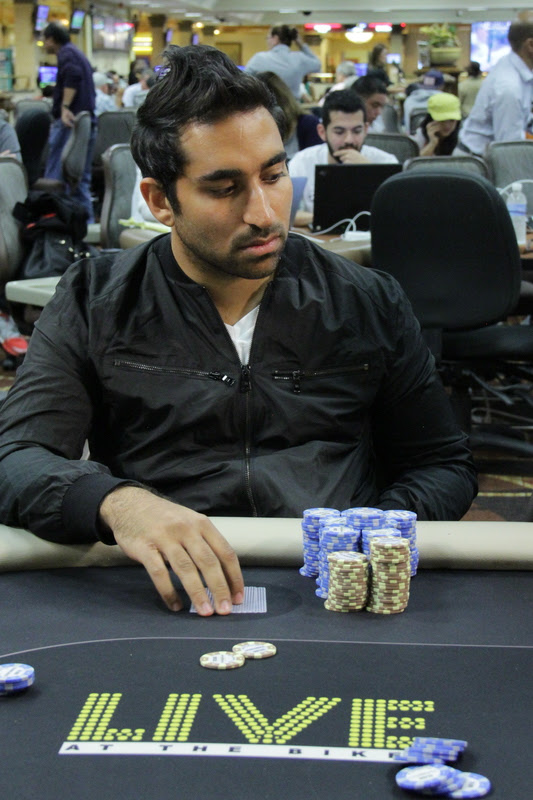 Amit Makhija
Three former CPPT champions took a run at a second title – something which has yet to be accomplished in nearly two seasons of tournaments. Most notably was Allyn Shulman, who won the Venetian main event during the summer of 2013 for over $293,000. Former Bicycle main event winner Thomas Beckstead and Erkut Yilmaz, who won the Atlantis Casino Resort main event in Reno just a few months, ago also showed up to try for title number two. Becksted failed to reach the money, Shulman was eliminated in 17th for $5,770 and Yilmaz went out in 16th for $6,700.
The Quantum Reload format, allowed players to buy directly into day 2 at a higher price point to receive an average stack, drew 56 players and increased by the prize pool by 47 percent.
“I got lucky and I played just one session on Sunday,” Jing said. “But earlier this year I played a couple of Quantum Reload tournaments where I bought in on day 2. I feel this is a very, very good concept.”

The first elimination of the day happened when Tim Cramer moved all in for his last 793,000 from the hijack seat and Adam Volen called from the cutoff. Cramer held K

and found no help on a 7

Next to go was John Apikian who, facing a pre-flop raise from Jing and a re-raise from Makhija, moved all-in on the button with A

. Jing got out of they way but Makhija quickly called with K

. Mahkija’s kings held on a Q

board and Apikian was eliminated as the eighth place finisher.

Not long after Apikian left the table, Cody Shedd followed as the seventh place finisher. Shedd raised to 185,000 from the hijack seat and Makhija re-raised to 460,000 from the big blind. Shedd then put his tournament life on the line by moving all in for 3.1 million with A

. Makhija picked up a set after a J

flop and Shedd found himself drawing dead after the 6

opened on the turn. By the time the meaningless 8

fell on the river, Shedd had already made his exit.

Douglas Suyemoto quickly followed as the sixth place finisher when he moved all in for his last 300,000 and received a call from Volen in the big blind. Suyemoto was ahead with J

gave him a pair of jacks, Volen picked up a straight draw. The 9

on the turn left Suyemoto drawing dead before the irrelevant K

turned up on the river. 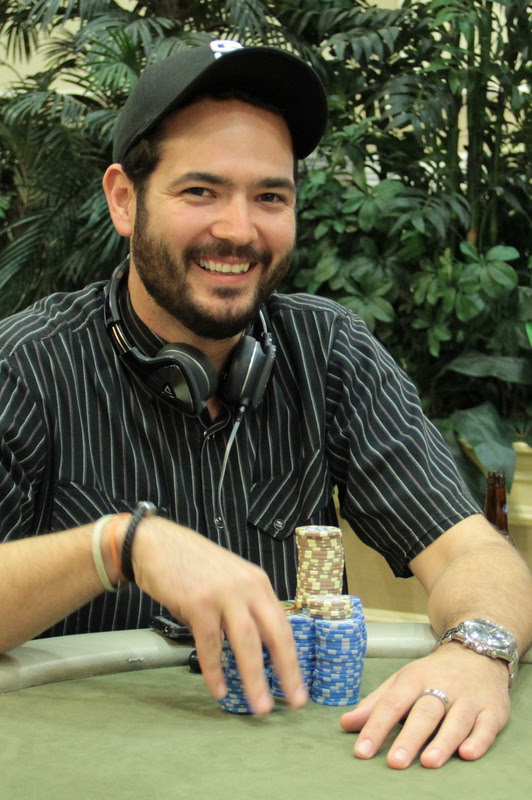 Josh Hale
After about two-and-a-half-hours of five-handed play, former World Poker Tour Champion Josh Hale- who won the Legends of Poker at the Bike in 2012 for a cool $500,000- ended up as the fifth place finisher. Hale moved all-in for 1.6 million holding J

and Jing snap-called with A

. Hale looked good for a double-up after flopping a pair of tens, but an ace on the turn put Jing in the lead. Hale’s hand failed to take over on the river and his exit marked the end of his deep run. After beginning the final table with the chip lead, Volen was unable to ride it all the way through to the end and followed Hale out the door. Volen raised to 400,000 from under the gun and Makhija moved all-in from the big blind. With about 2.6 million left, Volen called and tabled 9

. Makhija paired his jack on the flop and picked up another on the turn, leaving Volen in search of a nine to stay alive. But instead of a nine, the river was the 6

and Volen saw his tournament come to an end.

Zaher Samaan was no stranger to the CPPT Bicycle main event final table having finished eighth in the same event over one year ago for $9,050. Samaan was able to improve on his previous finish and made his exit as the third place finisher when he tangled with Makhija. Makhija raised to 450,000 from the button and Samaan announced he was all-in for 1.9 million from the small blind. Makhija called and the hands were tabled with Samaan holding A

. The board ran out K