Players in the main event are returning from their first break and after just a couple minutes of action, they have lost a few players and 91 players remain.

Mark Hamilton is the chip leader at the start of hand-for-hand and is pacing the field with 520,000, but Scott Vener isn't far behind with 480,000. 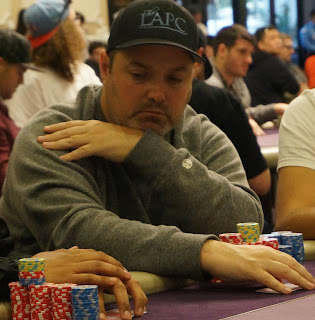 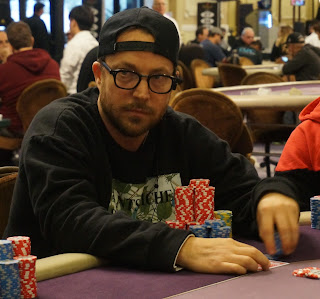 The eventual winner of this event will take home the lion's share of the $1,263,000 prizepool and earn $246,295, along with a seat into the Global Casino Championship and a Circuit ring.
Posted at 3:04 PM No comments:

Day 1B of the $1,675 no-limit hold'em main event is in the books and it drew another 453 entries with 81 players surviving the day.
Mark Hamilton bagged the Day 1B chip lead with 303,500, but defending champion Valentin Vornicu was the highlight of the big stacks. Vornicu won this event last year for $197,110 and finished the day second in chips with 291,000. 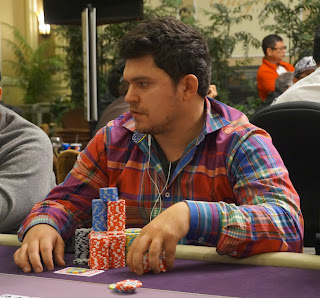 Nobody was able to pass either of the chip leaders from Day 1A, which means that WPT Champions Jared Jaffee and Mohsin Charania will come into Day 2 atop the chip counts.
Other well-known pros near the top of the Day 2 chip counts include Brian Green (283,500), Alex Foxen (216,500), and WPT Champion Sean Jazayeri (169,000). Other notables that will be in action on Monday include Scott Clements, Michael Aron, David Levi, Adam Levy, Nipun Java, Lawrence Berg, Eddy Sabat, Ankush Mandavia, David PHam, Melanie Weisner, Matt Salsberg, Aaron Massey, and Cord Garcia.
Registration is still open until cards are in the air for Day 2. At that point, the field size and the prizepool will be finalized and the payouts will be calculated. Day 2 gets underway at noon on Monday and the players will levels will be 60 minutes for the duration of the tournament. Day 2 is scheduled for 10, 60-minute levels before players bag up chips and come home. <
Posted at 6:44 AM No comments: